In keeping with the theme of unplanned posts, I just discovered Top Five Tuesday which was started by Shanah @ Bionic Book Worm and is now hosted by Meeghan @ Meeghan Reads and loved some of the prompts, so I thought I’d give it a try. Knowing me, I won’t consistently have a Top Five post every week, but it’ll be a fun way for me to mix it up every once in a while 🙂 (and because I apparently can’t read a calendar, I’m doing last week’s prompt.)

I’m notorious for reading terrible books. My friends like to tease me about my poor taste in books because my tendencies to pick books based on insignificant factors like cover art and my inability to DNF books mean that I sometimes end up with a Goodreads shelfs full of low star reviews. Sometimes I’ll even read hyped books I’m not interested in just to…see what the hype’s about, but there are still cases when I just don’t want to read something no matter how popular and beloved it is. Here are five of them:

1. Series: A Court of Thorns and Roses, Sarah J. Maas

I love retellings and Beauty and the Beast is one of my favorites, but I’ve been so scarred by the Throne of Glass that I now have zero desire to read the Court of Thorns and Roses series. In addition to not DNF-ing books, I also have the bad habit of continuing series even though I don’t enjoy them (cough, cough Red Queen,) but even that tendency wasn’t enough to help me make it past Book 4 of the Throne of Glass series (apparently there are 7 books?!), so I’m going to spare myself the pain of reading another Sarah J. Maas book.

The Night Circus vibes alone would’ve probably been enough for me to pick up this book, but my cousin gave me a huge rant about how much she hated Caraval before I knew much about the book. I honestly don’t even remember why she hated it so much, but I guess I somehow I internalized her warnings because it’s gotten to the point that, every time I see a Caraval book, my survival instincts start hissing at it and tell me to run. It might not be a solid reason to avoid a book, but it’s gonna be a no from me 🤷🏻‍♀️

I feel like I’ve seen some controversy around The Mortal instruments series in addition to the hype, but it was a while ago and I didn’t pay much attention to the drama (if there was any,) so it might’ve been a completely different book. Either way, paranormal romance and urban fantasy aren’t genres that I particularly like, so I don’t really have much incentive to pick up this up.

There’s just nothing about a dystopian version of The Bachelor that appeals to me. I don’t know a ton about the series, but I get the sense that it features a main characters who’s not like other girls because she thinks she’s plain but is actually beautiful, a blond prince and a love triangle. I actually like the cover art for the series, but it’s also the type of book that I’d be embarrassed to read in public so, I’m going to steer clear of The Selection for as long as I can. (Also, why does the series need five books?!) 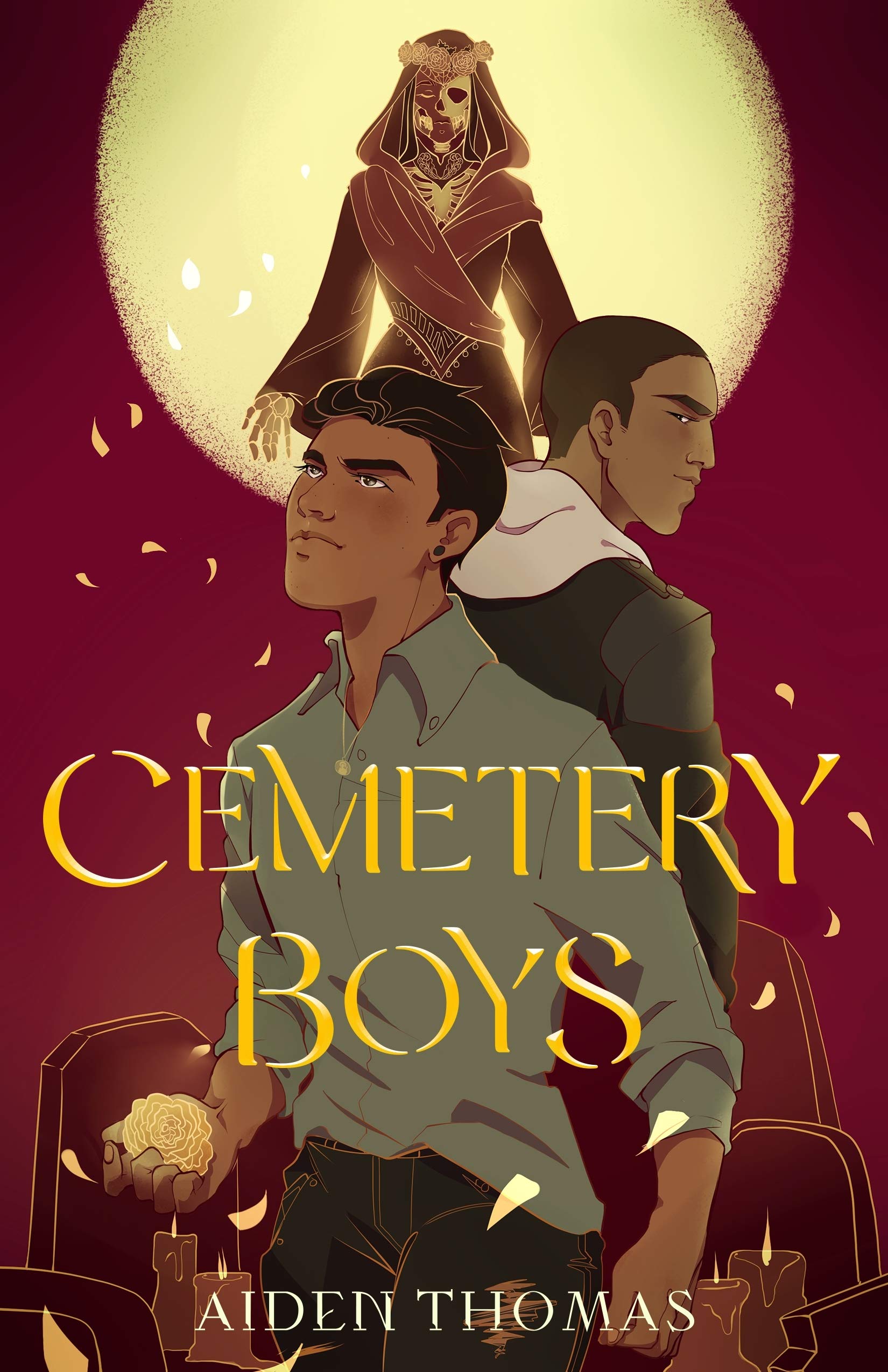 I was had a list of top 5 hyped series I didn’t want to read, but then I decided to mix things up a little. Even thought I loved Thomas’ Peter Pan retelling, I’ve never been interested in Cemetery Boys. Like I said, I’m not a huge fan of paranormal fiction, and the synopsis sounds like the exact type of story that I wouldn’t enjoy. Neither the ghost story nor the romance are really my thing, so I’ll just content myself with rereading Lost in the Never Woods.

What are some hyped books you’re not interested in?